So 2016 did suck, in general. But it had some moments of beauty and fun and peace – if it didn’t, I wouldn’t be here right now. I want to end this year on a note of positivity. And if I can, I think the rest of us might be able to find some good in our years, too. 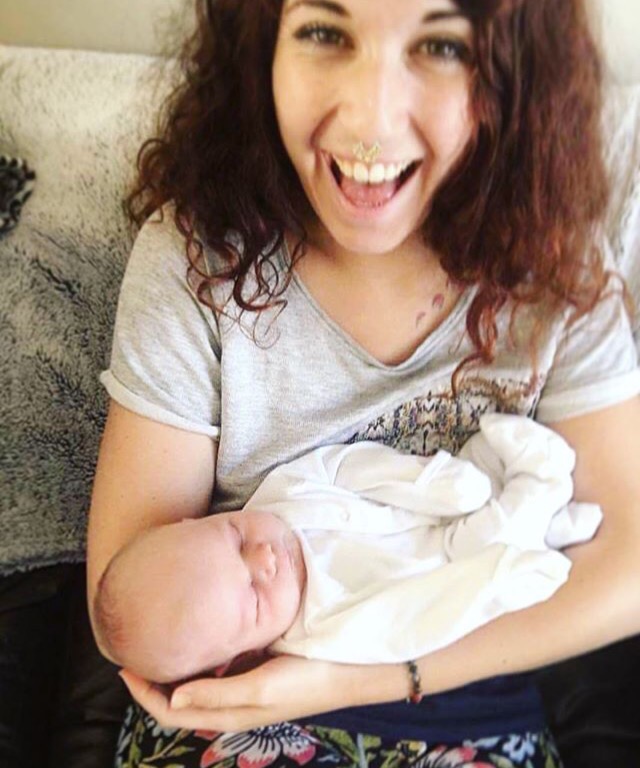 I became an auntie to the most perfect child. She’s the best thing that’s happened this year. And, just my family in general. They basically kept me alive.

Friends, friends, and partying with friends 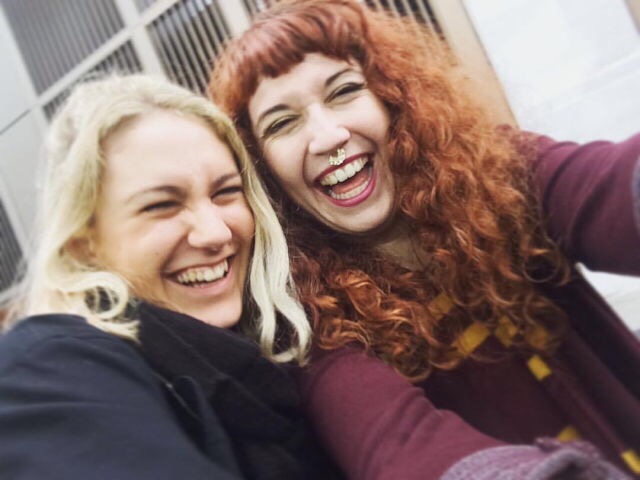 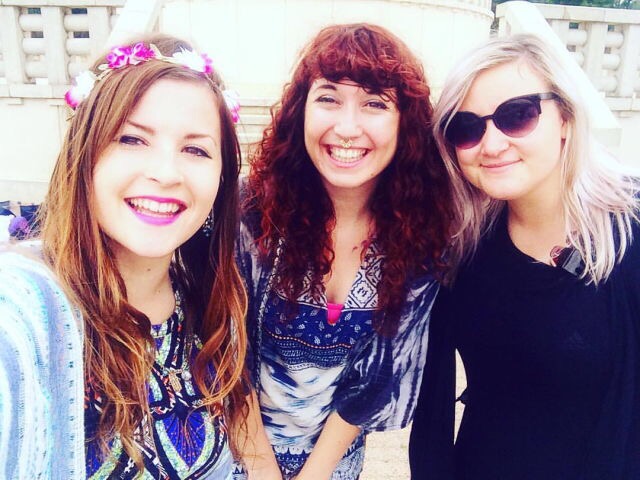 I’ve always been one who feels alone, who shies away and convinces myself that people don’t love me, don’t care. These nights, and days, with my favourite people, reminded me that I have a support network that is so strong. I just have to ask.

My avo tattoo (and kitty cuddles)

Because you aint vegan if you don’t have an avo tattoo and a septum piercing.

Getting a tattoo that is MISPELT

I got this one with Will, it’s Twenty-one Pilots themed – his favourite band. I got it on my birthday and he was grumpy and angry ALL DAY because he was hungover and ‘ill’. This lil sunrise is atrociously mispelt and I LOVE IT! It’s a symbol of comedy from a dark relationship, in which there were some frickin’ hilarious lies and weird moments. Of course, abusive relationships aren’t funny, but this one has some cracking ‘what the fuuuuck he did WHAT!?’ stories.

I went through hell and recovered. Then, I thought it would make sense to go through more drama – and recovered. We can all point fingers and blame. “Rachel you shouldn’t have moved in with a guy 4 days after you got home from your breakdown.” “Rachel he shouldn’t have moved in two days after you started talking on Tinder.” “Rachel you probably should have realised you weren’t thinking quuuuuiiiite straight.” Baaaaaaahah I know know. But, 5 months later I got away from that ridiculous decision, and realised I had to start making decisions for me. Just for me. And that’s really freeing.

Getting shouty and cuddling animals 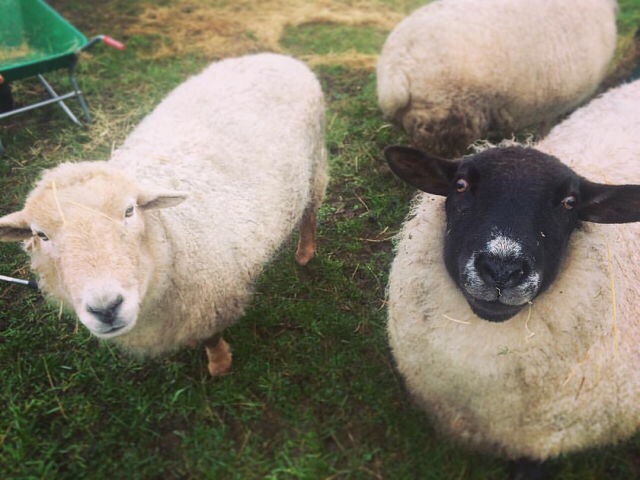 I could have done more but, given my scattered headspace, I think I did okay. I’m excited to be volunteering with some adorable rescue animals here up in Leeds at Y.A.S. (great acronym), and to have gotten shouty and passionate at some different protests throughout the year. I even got painted blue. 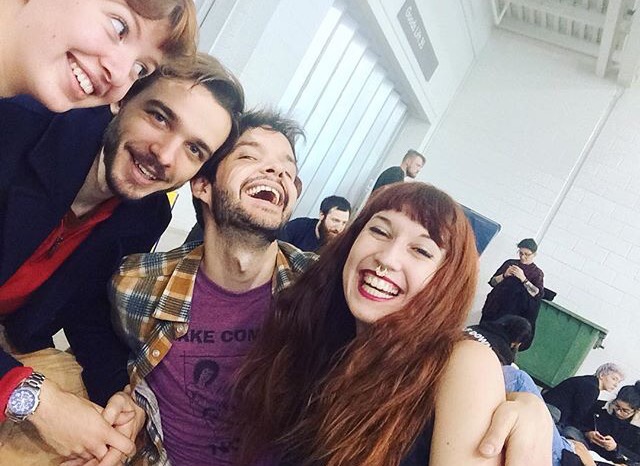 A night in with my uni faves, way too much food at London Vegfest, ‘Vegan Tinder Thomas’ making me pizza from scratch, and then DAUGHTER! I spent four days darting around the South, staying in different beds, and having a ridiculously fun and tiring time when all I had felt like doing was staying in bed feeling sorry for myself after not getting the job I thought would save my depressed state. Getting out of bed is a good choice. Whenever I feel like moping is the best option, I’ll think back to this. 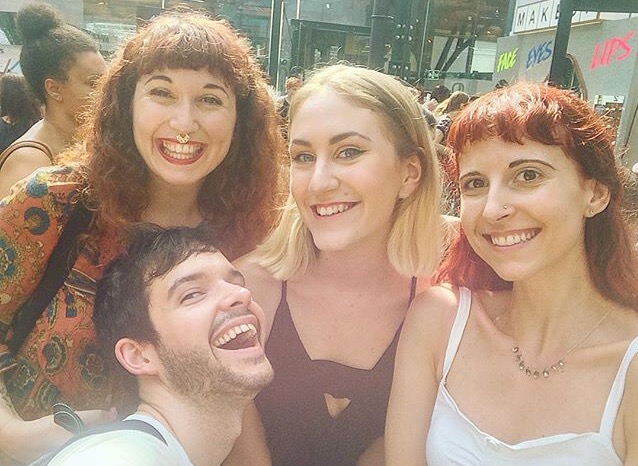 Even though I’ve said goodbye to Lush, my times at Oxford, the White Rose (briefly), and at the Showcase were the FRICKIN’ BOMB! The people in Lush are the most beautiful, positive people I’ve ever met and I wouldn’t have gotten through this year without them. I saw a BATH BOMB THAT WAS 10 TIMES BIGGER THAN MY FACE. And FYI, working in retail is not a dead-end job. It can be full of joy, be deeply rewarding and gives you so much. And it has given me as much as I have given it. So fuck off, bearded ghost of retail hating past.

I’m the ‘Outreach Manager/ Blogger’ of the exciting new Vegan Start-up which is the internet’s first 100% vegan marketplace. It’s an exciting project and I’m super, super stoked to see where it goes. ^.^ Everyone go buy stuff from there.

There are two times I’ve laughed so much I’ve surprised myself, this year. The first was on a stranger’s sofa, the second on the waltzers with Vikki and Bethan, as we screamed “faster, spin us faaaster!” like giddy 7 year olds. 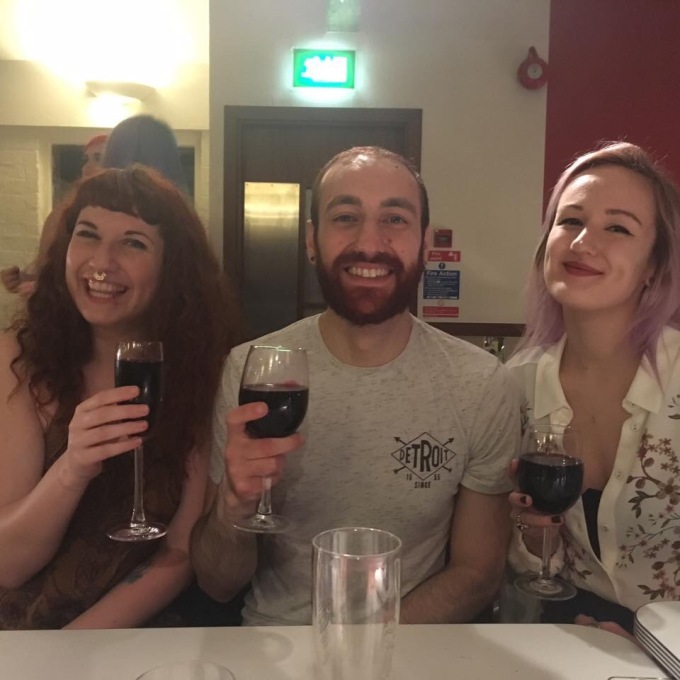 This December I’ve met some bloody perfect people. What a wonderful end to the year. (Also, Tinder aint all bad.)

SUCKAAAAAS WE’RE IN DISNEYLAND RIGHT NOW BECAUSE I WHACKED OUT MY CREDIT CARD AND DECIDED ME AND GIGI DESERVED A TREAT SO WE’RE ENTERING 2017 IN FIREWORK-GLITTER-DISNEY STYLE. REGRET NOTHING. LOOK FORWARD WITH POSITIVITY. IGNORE FINANICAL RESTRAINTS. GO TO DISNEYLAND. PEACE OUT AND HELLO 2017! ❤