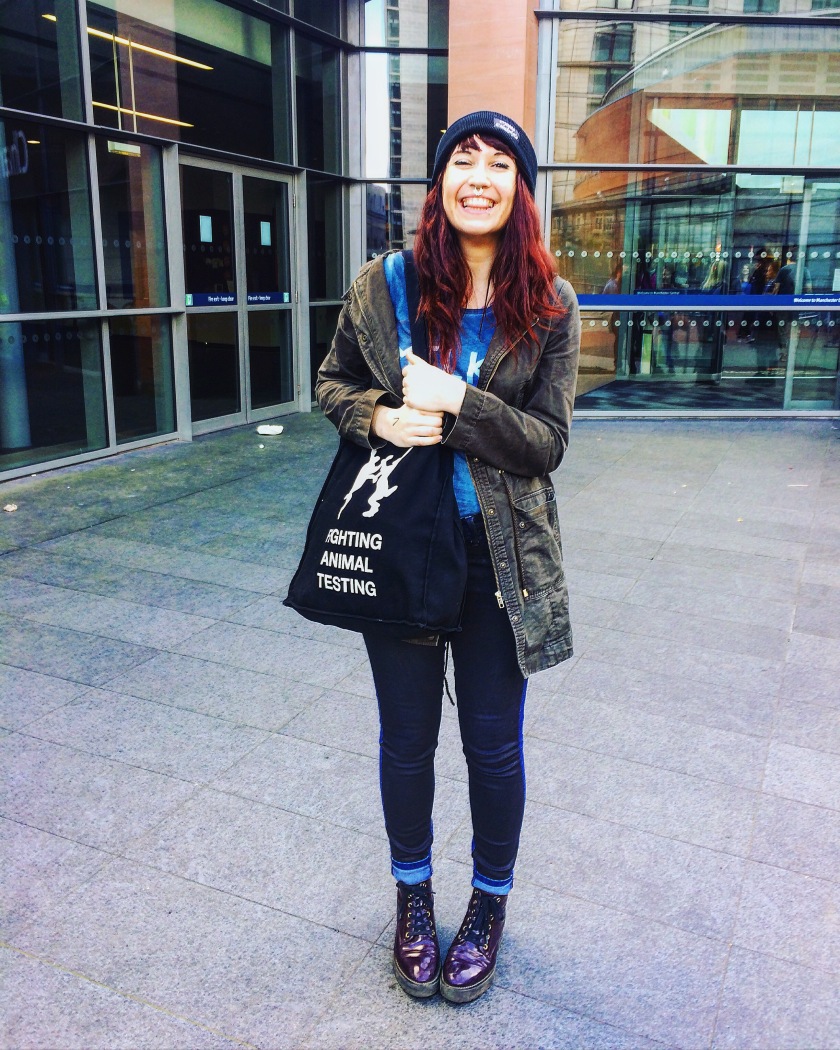 A weekend of cuteness, happiness, and shoving misogynistic boys at gigs.

I had a mega weekend. The Vegan Fest on Saturday was cute as hell and full of the best food ☺✌️🌿🍔✨💕and yesterday I taught my lovely student, cycled seven miles, went climbing, and theeen hopped over to Manchester to see You Me at Six 😍❤ and tonight I get to see Conor who's been sunning it up in Spain for a week. I'm a very content, sleepy, and smiley bunny right now.

So, guys. As you know things are goin’ pretty alright with me! Depression has taken a back-seat, and excitable, relaxed Rach has been enjoying herself a little too much (oh god my bank balance is hating me).

This past weekend just, kind of, solidified that happiness for me.

I eventually managed to get a glorious lie in! Despite waking up early, I stubbornly lay in bed anyway and basked in this new place I call ‘home’. Surrounded by my books, my candles, my little cute bits and bobs, it truly does feel like home.

Gigi and I eventually woke up and jumped into the car, putting You Me at Six on full blast and making our way across the beautiful moors motorway to Manchester for the Northern Vegan Festival yaaaaaaaaaaas!

We arrived in Manchester, and even at around three in the afternoon, just a couple of hours before the festival closed, the queue was stiiiiiill pretty big! We were handed bottle after bottle of VegWater, a drink Gee loved and I kind of liked (I’m still not sure), and eeeeeventually made our way in after waiting for around 30 minutes.

FINALLY got a picture with my new housemate. She's alright isn't she? I still don't know her name, though. 🙄

Luckily, by the time we got in, the festival had quietened down. Not that it was actually quiet by any stretch – there were still so many people around! It just meant I could move without being totally squished like some of the other veggie fests I’d been to. There were stalls upon stalls of vegan treats: decadent cakes, junk foods, raw health, clothes, jewellery – everything! It was your standard Veggie festival: amazing.

So. Where to first? FOOD. Of cooooooourse. Gigi wandered off whilst I queued for 20 or so minutes for a ridiculously moreish BBQ burger.

Keeping up the Vegan Fest tradition of consuming the best burger I could find. I have several years of fond burger memories 😌❤

A solid 9/10 as I would have killed for some melty vegan cheese.

One special thing about this Vegan Fest compared to the others I’ve visited, was that there was a A Lord of the Rings/ Vegan stall! Holy SHIT! This is the best crossover I’ve ever seen in my life. Obviously, I couldn’t help myself, and so I traded my usual ‘buying a vegan t-shirt’ tradition for this bloody amazing hat.

Because I truly am a ‘Middle earthchild’.

The lovely founder of this business creates all sorts of ethical, middle-earth inspired things, from artistic tees to tiny, adorable weapon necklaces.

Before heading off I was lucky enough to bump into the fabulous Joe, founder of Veopolis (go check it out – it’s a wholly vegan shopping site and it’s awesome!), and we had a very excitable catch-up about life, veganism, and all things blogging! Full of food and feeling content by being surrounded by ethical people, we sleepily made our way back to Leeds, and back home to…

Attack on Titan, and LOTS of snacks. 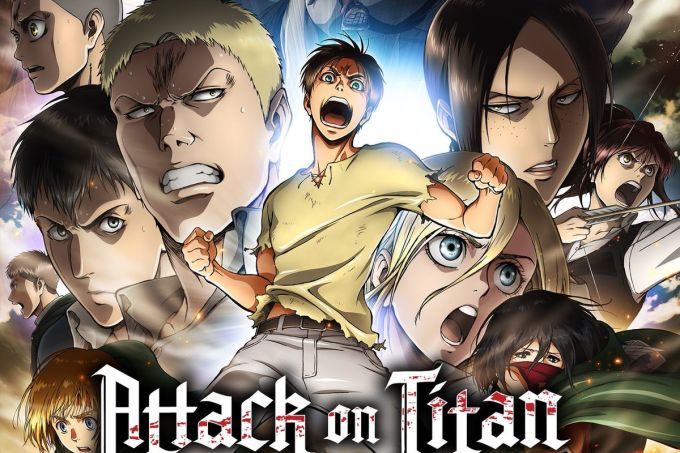 For any non-anime fans out there, this weekend the LONG AWAITED (seriously, like three years?!) SEASON 2 OF ATTACK ON TITAN CAME OUT! YeeaaaAAAAHHHHhhhhhhhh!

We snuggled down with lots of food and snacks we’d bought specifically for this moment, and proceeded to be horrified/ excited by the 20 minute episode we’d been waiting for, for sooo, so, SO long.

I had another lazy lay in, thank goooood, before getting up and spending late morning teaching English to my lovely student.

Then, I finally hopped onto my neglected and slightly creaky bicycle and cycled all the way to climbing.

Back on that cycling kinda life ☺🚴🏻‍♀️#soachey

I didn’t really register that I should have been saving some energy for later, so I cracked on with repeatedly falling off of the wall (I am truly really bad at climbing at the moment), and then cycled home, ALL UPHILL.

A snack, a quick wash, and then all settled in Darren’s car to visit Manchester again for You Me At Six ^.^ ! eeeeeeeeeeeee!

We got a little excited as Black Foxes played first, then a liiiiittle more jumpy and excitable by the time Tonight Alive were playing. The lead, Jenna McDougall, was both an incredible singer and performer. Clad in giant angel wings and in casual white, she owned the stage and was mesmerizing.

Some dickhead behind us thought he was hilarious, yelling “Play wonderwall” and more basic bro shit like that. Gee turned around a few times, telling him to shut the fuck up. I enjoyed more Tonight Alive, totally falling in love with Jenna and her bloody amazing performance, when.. I heard, from behind me, basic douche yelling “GET YOUR RAT OUT!”. I proceeded to whirl around and shove him straight in the chest, and as he stumbled backwards I got up in his face; “Would you like to STOP being DICKHEAD?”

The shouting continued, somewhat sporadically and minus the misogyny, and Jenna sneakily flipped the bird in his general direction. Fucking Wonderwall.

Then. It was time. Cue You Me at Six, me feeling 14 years old, and LOTS of jumping around.

Such professional video skills at You Me at Six tonight ✌️I spent too much time screaming and jumping around like a 14 year old aaaand also, guess who crowd surfed to the stage? Yaaaaas meee! Kudos to the randomer who launched me into the air and the strangers I probably booted in the head. 😘

After so much sweat, standing on people’s feet, and reliving my teenage angst, Josh announced it was the song for crowd-surfing. At this point I was once again separated from Gee and Darren, due to my continual insistence of jumping into the mosh pit, I was dancing away and wishing I could crowd surf, when a guy turned to me and said “I really want to crowd surf”, to which I replied “oh. Me too!” at which point he launched me into the air!

And… I crowd-surfed to the stage!

After Vegfest, seven miles of cycling, climbing, and hooooours of dancing, I was sleepy, excited to see Conor the next day after his week of holidaying and girlfriend desertion, and more than ready to curl up in bed.