1. That time we accidentally crashed a wedding in Sri Lanka

And ended up being part of the band; singing ‘Sweet Home Albama’ at full passionate volume. 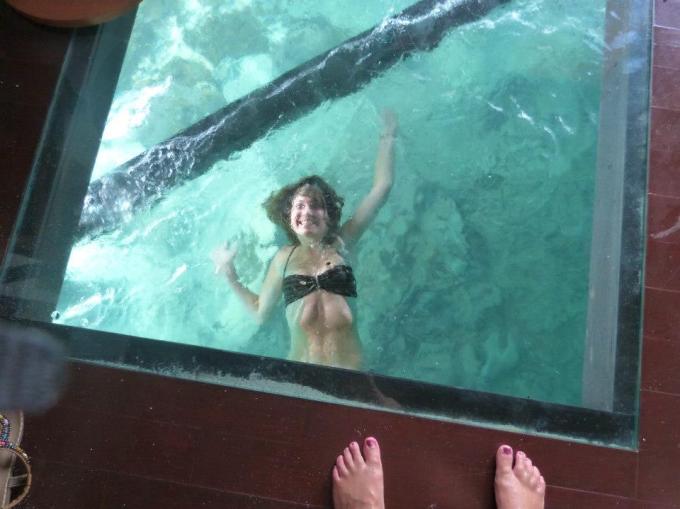 Shortly after the wedding crashing, myself and Daisy got chummy with some multi-millionaires and THEY FLEW US FIRST CLASS TO THEIR PRIVATE ISLAND IN THE MALDIVES (sorry for the heart attack, mum).

Just a few days after returning from the Maldives  some guy grabbed me in the street, and then later when he passed me again, he pulled out a knife and lunged at me. I escaped, running manically to a tuk tuk. The driver then offered to go back and stab the guy for me. I almost started a stab war.

*Also I’m totally not trivializing sexual assault here. I experienced a lot of sexual assault and harassment whilst traveling. This is one of the weirder and less serious ones.

4. That time where Gigi & I pranked a misogynist with a snake

We HATED him, and since he would never clean his room,  we acquired a giant snake skin and hid it in there so he thought there was a snake in there. He fre-EAKED OUT.

Fuck you Tyler. you were awful at badminton, too.

4. That time I was a fifth wheel on a motorcycle road trip all the way to Malaysia 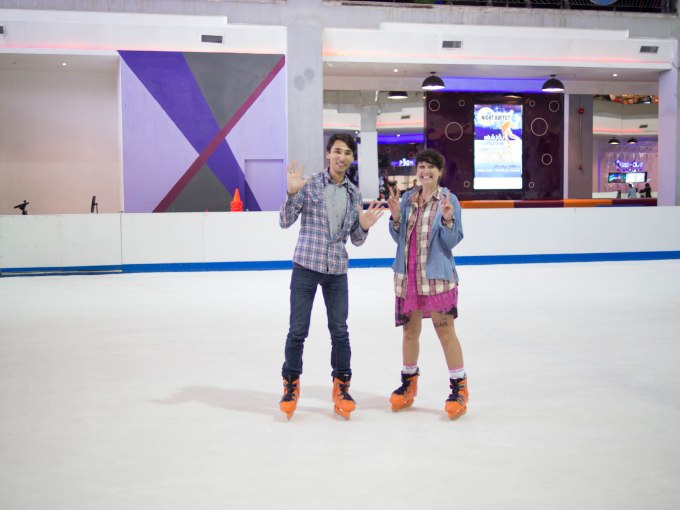 5. And afterwards when I ended up alone and stranded with NO GAS 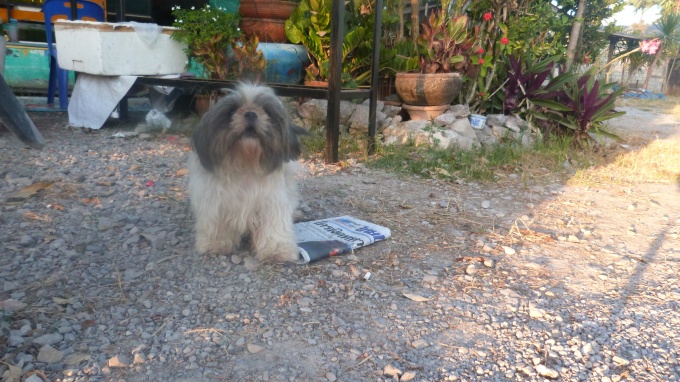 I was kind of in the middle of nowhere, it was dusk, and I was panicking. The sweetest person proceeded to suck their gas out of their motorbike and put it in mine. They had cute dogs, though.

6. The time the military thought we were terrorists 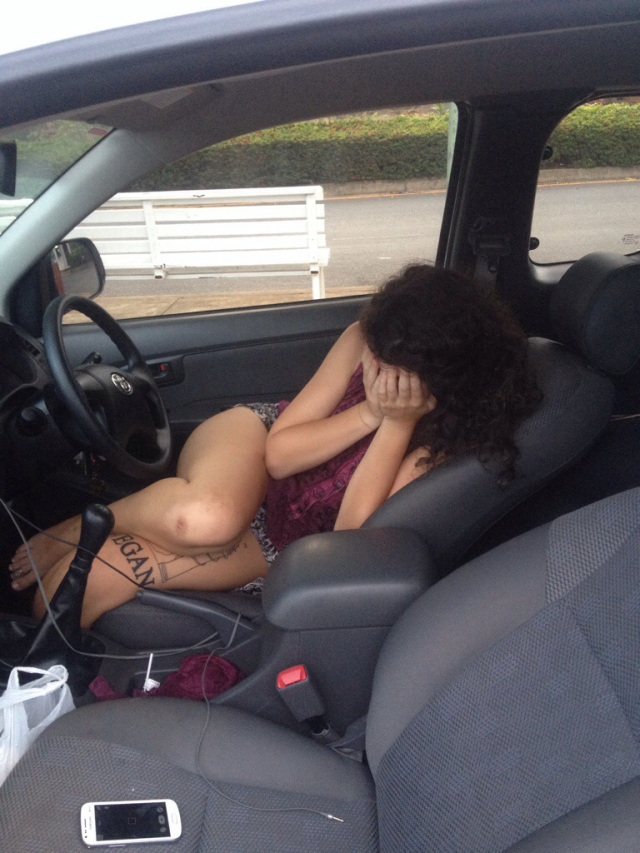 This was a different time where I drove a pickup truck all the way to Malaysia, and we had ALL THE GUNS pointed at us every TEN MINUTES (so many checkpoints, man).  A huge truck is apparently not the vehicle of choice for border crossings. And on the way back a timber lorry did not stop at a 5am crossing I almost killed us all.

That FREEZING time in New Zealand where we thought it would be hot (?!?!?) and we met a random, old lady in a Christchurch park. Who then secretly delivered some warm coats to our guesthouse.

8. THE DAY WE GOT STRANDED IN MORDOR! 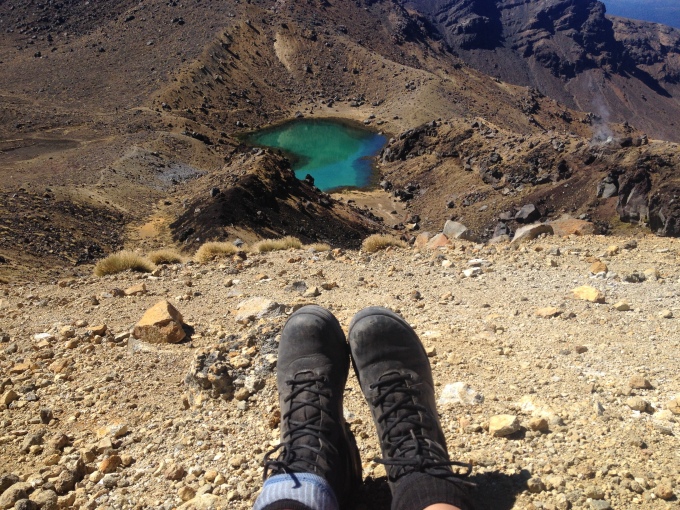 We had to hitch-hike.

9. Getting lost in an empty National Park

That time we went to a deserted ‘Jurassic-like’ Thai National Park, which was full of old dinosaur bones, and our tuk tuk driver was so worried about us he came along on the hike but then we ALL GOT LOST ANYWAY. 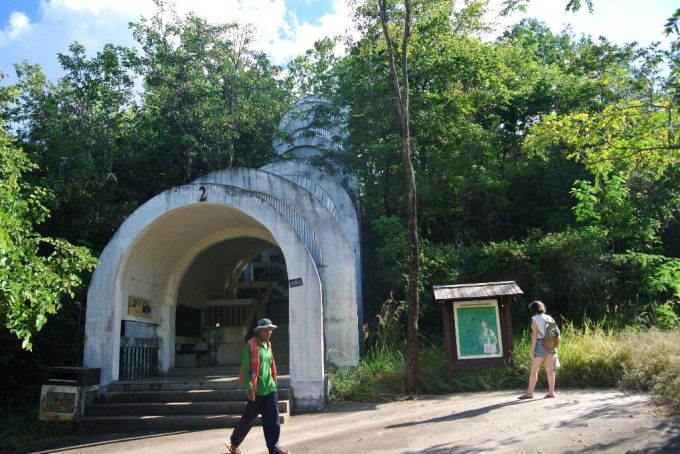 10. When I dated my student and we literally could not communicate

Chill, he was ten years older than me I started taking Korean lessons and was teaching him English. We told each other we loved each other through Google translate, and he also bought me a giant peach one time.

11. Having no choice but to dress up & sing on stage on Christmas day

We were forced on stage. To sing Christmas songs. To hundreds of people.

12. And then we accidentally set fire to our house on Christmas day 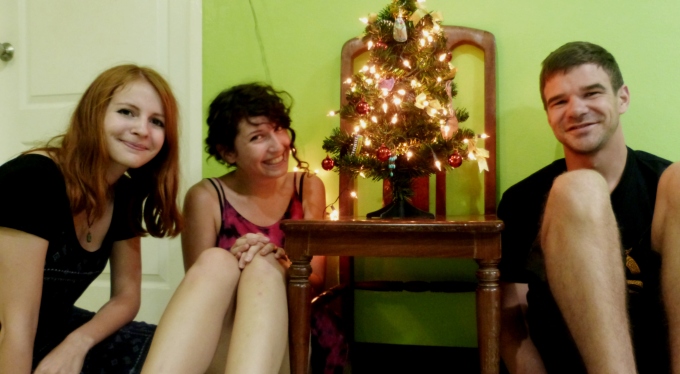 Long story short: the wrapping paper caught fire. We also ran out of gas and couldn’t cook Christmas dinner because I used ALL OF IT MAKING SPICED RUM.

12. Getting attacked by rabid dogs in Koh Samui mountains.

It was scary AS HELL.

13. That time I decided I would drive my motorbike straight through a flood 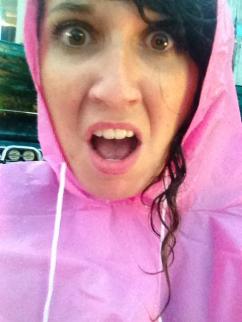 Because by then I felt enough like a local, and I wanted to get home. And I NAILED IT.

14. Almost getting arrested because Lorell fell off a monument & was left danging by her skirt on the railings

Then I had to rescue her. She shouldn’t have been up there in the first place. She also got attacked by a monkey on that trip.

It was raining. It was closed. But the monks loved us and welcomed us in anyway.

16. When I had to catch my flight back to the UK, but instead got drunk, then stuck in Colombo traffic, THEN my tuk tuk broke down

I had to get out and run, pushing it with a friendly local MOTORCYCLE GANG, to get it going again and turned up at the airport ten minutes before my flight left.

17. This, being my first ever tinder date

Going on my first ever tinder date, ever, dressed up as Sherlock and Watson to solve a puzzle, and then accidentally getting caught up in the ‘riots’, and meeting this guy’s family who were on holiday. Awkward.

There’s probably so, so many more moments. Ones I’ve forgotten about, or blocked out, but these especially are the ones that made my traveling special. Shout out to Gigi who features in most of these ❤