Sorry, Greens. Forgive me. Because this year I am being tactical.

The Green Party’s policies and values do closely align with my own moral center. With leaders like Caroline Lucas, it’s easy to see why a vegan like me would have an affinity for the Green party. But, I don’t like the party for its high number of veggie members and their care for the environment (oh, what a nightmare, those hippies!); I like the Green Party because their policies are about everyone. They’re about equality. They’re against the kind of world the Conservatives have dragged us into. And they’re not shy about telling us that:

The moment the election was announced we reached out to other progressive parties and asked to talk about an alliance that could prevent the Conservatives being returned to power. Stuck with a vision of a political reality that no longer exists, that invitation was rejected.

We were disappointed but not deterred. We don’t believe in playing games. We believe that progress, prosperity, and people’s rights are more important than party politics. Our values are what drive us and guide us.

Yes, they do provide a great opposition to the current, cannibalistic Tory government, on paper, and on policy:

From rent controls and desperately needed NHS investment, to tuition fee scrapping and Climate Change solutions, the Green Party are focused on protecting everybody: humans, animals, and the environment. And, sure, it’s easy to type-cast Greens as peace-loving hippies or anarchist troublemakers because their policies threaten to squeeze the loose change from fat wallets in order to create a fairer and more ethical world. But since when did justice and equality invite disdain?

I even campaigned for the Greens back in 2015, enthusiastically dancing by the side of the road with ‘Vote Green’ signs, having some very lively, brief exchanges with passing drivers.

I didn’t like the idea of tactical voting back then, so…

Why Labour this time around? 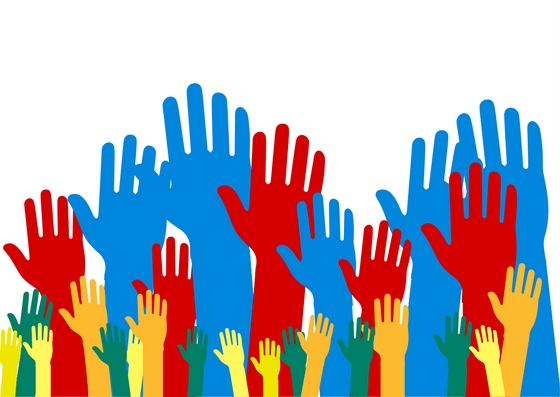 We are free to vote for who we want. That much is still true (for now?). But when we have people yelling at others and telling them that they are ‘wrong’ because they’re “voting for a party that will never win”, then we get to the heart of what’s wrong with British Democracy.

We’ve been lead into a political world that’s on its way to becoming a two-party system; we feel obligated to vote for one party because they provide the strongest opposition to the terrifying second party. Rather than a more sensible proportional representation system, UK voters are instead thrown into an all or nothing situation and are faced with this unnecessary voting pressure.

So, whilst I believe that having a decent Green presence in Parliament would only be a good thing, the risk is that they would just be a smatter, drowned out by a Conservative majority. And that is just too great a risk.

Voting against austerity, voting for equality

Just as the Greens stepped aside for Labour in the local elections, I must put the Greens aside next month in hope for a Corbyn-lead Labour era; a political age that could be akin to the future envisioned by the Greens themselves. And hope that Labour stands by their claim to look at changing our voting system to a fairer, more proportional one.

‘New’ New Labour are currently our only viable opposition to the Conservatives.

What about the Lib Dems?

Well, first of all, Tim Farron has some dickish views on homosexuality. Second of all, that doesn’t really matter, because the Lib Dems are a political party, not a person you have to like.

“If you want to avoid a disastrous Hard Brexit. If you want to keep Britain in the single market. If you want a Britain that is open, tolerant and united, this is your chance. Only the Liberal Democrats can prevent a Conservative majority.” – Lib Dem leader, Tim Farron

Though the Lib Dems have certainly tried to appeal to the 48% ‘Remainers’, the claim that the Lib Dems are the only party that can prevent a Tory win is misleading. With Labour sitting at 30%, the Lib Dems are polling single digits: a 9% in recent polls.

Also, as a ‘centrist’ party, what kind of opposition to the right do the Lib Dems provide, anyway? Here we have a party who abandoned their promises during the coalition government and, though having some agreeable policies, shouldn’t be trusted not to wander to the right.

It’s clear that by supporting the Lib Dems we are further weakening Labour – the only actual Tory opposition. Hurrah for the Tories! (Of course, vote for who you like. But take this into consideration when thinking who to vote for to get rid of the Tories).

Jeremy Corbyn has his flaws (he’s human?!), and yeah, I don’t feel like the Remain movement was run well at all. However, the Remain movement did not sit upon Jeremy’s shoulder’s alone (so stop using that as a reason to hate him), and Jeremy has spent his whole life at important protests, his whole career speaking up for the disenfranchised, and has avoided the decadent lifestyle that we often see being lived by members of Parliament.

I like him. But I guess that’s just because…

But, whatever. It doesn’t matter whether you like Corbyn or not. Your dislike for vegetarians (or whatever other shallow reasoning) shouldn’t cloud your opinion of leader of a party with some kick-ass policies.

We must critically at the reasons we don’t like Corbyn. Are they:

I can’t imagine him doing Brexit negotiations, and he’s just not a strong leader, his plans are unaffordable, and oh my gosh did you hear he’s a *gasp* Sociiaaaaaliiiiiist.

Are these your actual views? Or, is it insubstantial rhetoric that’s been cycled round and round and roooound the media? What solid evidence is there that makes us assume he’s not a strong leader? Is it not strong to be the kind of politician he is? A man who has stuck to his ethics in a career that causes many to veer off from their values. Is it his less-than-perfectly tailored appearance that makes you think he’ll fall apart or lose his temper during Brexit negotiations? Where are the actual specific examples for these lines of thought?

And, in all honesty, get over the Socialist thing. Moving on.

What do we actually know about ‘New’ New Labour?

Well, the Labour Manifesto came out, for real, yesterday! And what matters, when we get down to it, is not how much we wanna hang with Corbyn, or how much we dislike Theresa May’s villain aesthetic. It’s about Labour’s policies.

Who can argue with:

Seriously, is it any wonder that places with free or cheap education feature as some of the world’s happiest countries?

Don’t be scared of the word. Aren’t you sick of overcrowded, late, expensive af trains? Renationalising the energy, water, mail and rail industries is to serve the public, those who are being affected by ever-increasing prices and ever-infuriating customer service.

Labour pledges to raise the minimum wage to £10/ hour by 2020, as well as banning unpaid internships and introducing a 20:1 maximum pay ratio in public sectors: these are just three of the many policies which will boost the economy by taking care of people on lower incomes.

Whilst the Tories are totally cool with our natural landscapes being drilled, Labour are firmly anti-fracking, and pledge to make 60% of the UK’s energy renewable by 2030.

As the Tories ensured that much of our social housing was sold off, Labour are pledging to provide hella more social housing, as well as 4,000 extra homes to end homelessness. I don’t know about you but I’m totally on board the ‘helping others’ train, and that’s why I’m finding this manifesto pretty awesome.

And don’t worry, guys. As much as you may think Corbyn will lead to us all being invaded and imprisoned because he’s a soft touch, Labour have indeed committed to spending at least 2% on defense, and Corbyn has rightly said that he would consider diplomatic solutions before going straight to war.

Check out the BBC for a more in-depth summary of the Manifesto.

“And how are we gonna pay for all this…”

Recently, a friend on my facebook wall called corporations paying their actual tax, and reconsidering our tax system ‘kicking the rich’. Well, I’m sorry, but when people have millions sitting in banks, just gaining interest, whilst they’re paying a pittance in tax alongside millions of others living on the breadline, often giving 20% tax they don’t really have to spare, we have a problem.

It’s important to get out of the mindset of “what will benefit me?”, and move onto “what will benefit everybody, what will benefit British society s a whole, immigrants and all?”, especially if you’re part of the snobbish ever-dwindling ‘middle-class’ (I include myself in this demographic, here). We must stand in solidarity with each other.

Yes. I’m voting Labour, and I sincerely hope they win. But when we start telling people they ‘must’ vote for Corbyn because he’s their only option, then we are taking away the only political autonomy that’s left. And though I can personally see the longer-term freedom benefits that ‘New’ New Labour would bring, that doesn’t mean I should force anybody else to give up ‘what they want to do’ for ‘what I think they should do.’ This is why I will never blame anybody for voting Green, if that’s where their heart is.

Go with your gut. Do your research on all parties, and look to the long-term.

“This is a manifesto for all generations – we’re providing hope and genuine opportunity for everybody. I say to our children, whatever the post code you were born in, you will have the same chance as any other child.” – Labour Leader, Jeremy Corbyn